This is best place from where you can find National Assembly NA 48 Islamabad Results election 2013. National assembly NA 48 is the constituency in ICT. The constituency includes not only urban areas but also several rural areas; peer sahib of glora sharif and khans are the important amongst. The registered voters are 187429; 100188 men and 87241 women. In elections 2013, 51 candidates contesting on that seat, out of which only three are seems into the race to victory. These three includes Makhdoom Javed Hashmi of PTI, Aqeel Anjum Khan of PML(N) and Mian Muhammad Aslam of Jamat Islami. Mian Muhammad Aslam seems to be the strongest in the constituency, because of his work and respected reputation in the area and also he is active in the constituency for the last five years.He is the winner from the seat in elections 2002, he was in a winnable position in 2008 too but he could not contest the election because of election boycott from his party and the seat was won by Anjum Aqeel Khan. 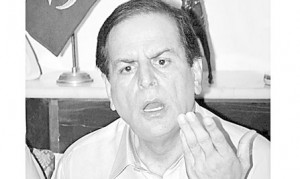 National Assembly NA 48 Islamabad Results election 2013 are given there…

Anjum Aqeel now lost his reputation because of his scandals and several time imprisonments. And it was also felling that he got the party ticket because of unavailability of candidates. As for as, Makhdoom Javed Hashmi is concerned, he is a new in the constituency and was provided with the ticket just because of his national level personality. He had no back ground with that specific constituency. But PTI vote bank goes toward Hashmi. The most important thing is that he is also known as true and honest person. He will always loyal with his country and also with Pakistani politics so this favor is also goes towards PTI candidate. From this constituency MQM also announce his candidate in the form of Awranzeb Awan while PPP give ticket to Faisal Sakhi BUTT .

According to circumstances of NA 48  it will tough competition between PTI and PMLN candidate. It will really difficult to say some thing about final results of NA 48. But your vote decides the final result.