Now finally PML N announces PML N ticket holders/candidates list in Punjab. After a long discussion in preliminary committee they finalize this PMLN ticket holders list. Nawaz Sharif itself monitors this ticket distribution. And after finalization of this list PML N after final over view in committee couple of changes had done and then it will announce for media. Because in this election the parties who give tickets to right person have greater chance to take greater seats. This year it will accept that PML N plays an important role in the formation of next government. Due to this many big politician that always try to part of every government moving toward this party. This migration of party cause positive and negative impact on this party. Positive impact is that due to their participation they increase their seats while negative impact is that this migration gives advantage to those people who always think about their benefits. To minimize this factor they also discuss every aspect of candidates. Then further your vote decides the right candidates. It will accept that this year you choose right persons who are beneficial for this country not for individuals. 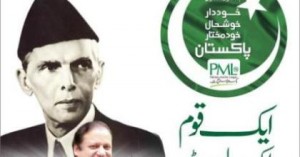 PML N ticket holders/candidates list in Punjab is given there..

During this distribution couples of workers are not satisfy. So leadership individually called them and tries to remove their misunderstanding. During ticket distribution they especially take care of their previous workers who scarifies for their party in bad time. It will accept that they done serious damage in this selection. For PMLN another major advantage is that they show their work in Punjab. Previous Punjab government progress rate is greater than other provinces. So still peoples have some hopes from this party.