Pakistan Vs Germany quarterfinal Live Score Hockey Champions Trophy 2012 will be available here during the match hours as the quarterfinal of this game is the most awaiting matches of this trophy and people are really very excited that what will gonna be happen in these matches and whether their teams can make place in the final or not. This time in hockey matches a new system is introduced where the top seed of one pool will play match against the bottom seed of the second pool and the remaining teams will go in the same manner.

Germany Vs Pakistan, these two teams are much familiar in the hockey world and before this match on 6th December 2012 these two teams has faced each other about 27 times and the result of these meeting were that Germany won 12 matches, 9 matches lose and six were draws. But in all the matches Germany could not win from Pakistan with great score as the score difference were maximum 2 goal so this is clearly that Pakistan team is not an easy task in every meeting for Germany. 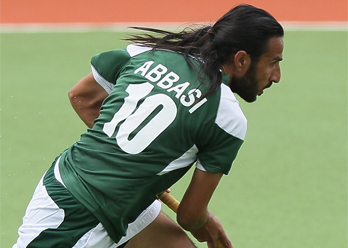 Pakistan win this match with a lead of one goal.

In the points table of Men’s Hockey Champions trophy 2012 from pool A topper is India with 6 points and from pool B topper is Netherlands with points 7. In the previous matches played by Germany Germany has won 2 matches and only 1 match is against the Germany while on the other hand out of 3 matches Pakistan has only won 1 match so not only Pakistan but also Germany will try their level best to show their all efforts so that in this way they can make their places in the semi-final of Champions Trophy 2012. Ten Sports will be the broadcaster of this match so those who want to see live match thrill can tune in Ten Sports and can see this Quarterfinal match while sitting in front of TV.