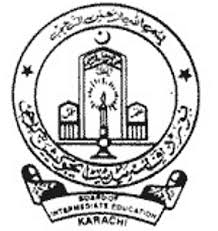 Karachi Board Inter Pre-Medical Science Group Result 2013 are announced in month of September..

He also said that Result announcement chain will be starts from 23 September 2013 Monday and board will announce Karachi Board Intermediate Position holders a 1:00 PM sharp. At this Position Holders ceremony all candidates and their parents are invited to participate in this Position holders program. All principles of those schools are also invited in this Position holders ceremony. After that Karachi Board will announce Inter Pre-engineering Result 2013 here in this week. As we all know that Home economics result is already announced. Prof. also said while talking with Media sources that all Result will be shows clear and result without mistakes because this year result announced totally through computerized system. This is also due to computerized system that result will be there available for students before one month. Medical field shows that girls having passing percentage of 70 and rather than boys are just on 30%. Pakistan Medical council also gives some advices that how they can decrease this factor.  So lets see either same situation will be there in this Karachi Board Pre-Medical Science Group Result or not.