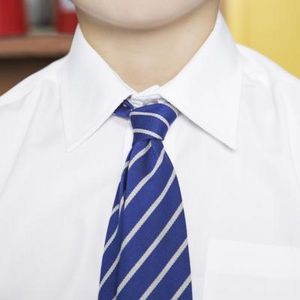 We Presents most common way of How To Match A Shirt And Tie for the purpose of best compelling set up at any time.The major constituent of a formal dressing is a dress shirt and a tie. This seems very much attractive and professional but few people make a mess out of it by not matching the tie with the respective shirt properly and make the entire dressing in vein.  The traditional manner of matching was that both the shirt and the tie should have at least one color matching but this was far ago. Now there are several techniques through which the matching is being conducted which are being described below for your assistance.

How To Match A Shirt And Tie

The general rule for the combination in checks and stripes is to coordinate the smaller stripes and checks on the shirts with the same larger pattern on the tie. One can opt for a new color in the tie but the pattern should be larger as compared to the shirt. Shirts which have a larger check does not compliment the tie as it gives a labor like instead of giving a lavish professional appearance.  For example a white shirt having the stripes of green in it might be complimented by the shirt having a larger pattern of green with white or green with any supporting color.

The patterns are one thing which should be taken under the consideration the most. Always make sure that the pattern which is being displayed on the shirt should be smaller and thinner and the one which is being seen on the tie should be larger and more prominent. This is because if both the components will have a larger pattern it will give an awkward presentation. Both the large patterns are only accepted when they are different is shapes and visuals as they does not seem to be similar.

Textured shirts are the best possible alternative for the beginners who have started to match their shirts and ties because for this he can take risk of going with different colors but do taking the textures in the consideration.

What Kind of Shirt and Tie Combination you Mostly wear out for Formal Meetings. Share with us through Comment Section.