This 23 date in month of March is an important one in the history of Pakistan. This is remembered as Republic day or Pakistan Resolution day. This day is celebrated to remember the efforts and the achievements of the Muslims of sub-continents. On this date, our great leader Muhammad Ali Jinnah gave the historic speech and presented the idea of a separate nation. Before this resolution accepted, the Muslims of sub-continent had no hope, no goals, no views and no future. Moreover, the Muslim politicians were remained in the hands of people with conflicting inclinations and interests. As the Muslim League passed the resolution, the Hindu correspondents began condemning and starts calling it Pakistan Resolution.

Hindus also criticized Mohammad Ali Jinnah and the other prominent leaders of that time. The purpose of mentioning these sacrifices is that our leaders and forerunner faced a lot of criticism and made endless efforts to give us an Islamic independent state.

So 23rd march is the day of pride, day of feelings for every Pakistani as on this day a dream of an independent state was laid for Muslims so that they can live on the teachings of Islam, can freely follow their culture, traditions and have their own life style. On this day all the Muslims gathered together on one platform to raise voice for Resolution whether they had different mindset, speaks different languages or belong to different cultures and due to their efforts they were accepted as a separate state.

Every year this day is celebrated with full zeal and zest and people of Pakistan express their love and feelings for their beloved land. Now it is the time to again show unity that our leaders had made. Followed by 23rd March, 1940 Pakistan became the first ever nation to become the first Muslim Republic of the world on March 23rd 1956. Therefore this date in this month had two important events. 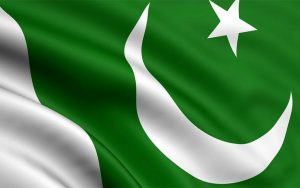 From last so many years a public holiday is announced every years, military parade is also arranged to pay tribute and salute for all the ones who paid their role for independence of Pakistan. On this day every single Pakistani should make a promise to work for the betterment of Pakistan as our Quaid dreamed. In addition, should also make steps to free this country from the menace of extremism and militancy which has ruined our country badly.

Furthermore, on this day we must consider all causes of the destruction and make a strategy to eliminate them from the society and also take an action against the people who are destroying the Pakistan’s sovereignty, against the fraudulent people, injustice and terrorism to bring peace and give a good message across the world.