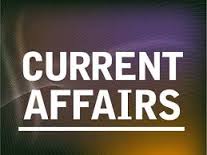 Pakistan is going through a lot these days. As every day brings something new for it, whether it is a political rift, drill against corruption, judicial activism, governance issues, economic condition or inflation. We start the Essay on Current Affairs of Pakistan 2022 from the current Political Scenarios. Since Imran Khan assumes the office of Prime Minister, there seems a political rift in the environment. Every coming day brings something new to the scene. Currently, it is the future of the PTI government which PDM claimed to alter with the alliance of top opposition parties.

Drill against Corruption: The government of PTI has always been determined on no-compromise policy on corruption. In the wake of an anti-corruption drill, FIA suggested filing a reference against Chief Minister of Sindh Murad Ali Shah.

Soon after the request of FIA, his name alongside several others was put on ECL to initiate a whole new debate on the future of the Sindh government but here comes the higher judiciary of Pakistan.

Essay on Current Affairs of Pakistan 2022:

Governance Issues: Good governance is the lifeline of any human society. No matter, who exceed the legal limitations but corrective measures need to be taken to avoid the shame in the future. Governance is also seemed to compromise in other fields of administration. Most noticeably, it was seen when the rupee to dollar ratio was increased abruptly and all the concern public office holders were on a different page.

Pakistan’s relation with China is always significant for the betterment of this country. Right now, China has given this assurance that they will be increasing their imports sooner. The CPEC project is also going in the right direction. Because of this, a massive boost will be given to the economic cooperative partnership. Currently, it supposed to be a game-changer. Let see how it will strengthen them.

Furthermore, now the economy of this country is mostly dependant on the finical support of friend countries. Especially, gulf countries play a major role in the economic stability of Pakistan. Meanwhile, the relationship with India is always important, but the Kashmir issue is also at the standby position.

Although, there is a lot of hustle and bustle when it comes to economic development still serious actions are missing. Instead of expanding the revenue and tax circle, the prime focus of the government is to put extra load on already burdened taxpayers. Moreover, there are no war efforts to tackle the menace of unemployment and underemployment which is a real way to nourish the national economy but the focus is still on maintaining cosmetic optics. By doing so, the government is paving the path for inflation.

Inflation has to be the main target of any people’s government, in order to accommodate the marginalized and avoid uncertainty in the economy but yet the task is largely unaddressed.

Currently, Pakistan is facing a lot of problems and the government in charge seems to shy away from real problems and concentrate on the game of optics. Hopefully, this is an appropriate essay on the current affairs of Pakistan 2022. Furthermore, in the next months, the new trends will also add to it.