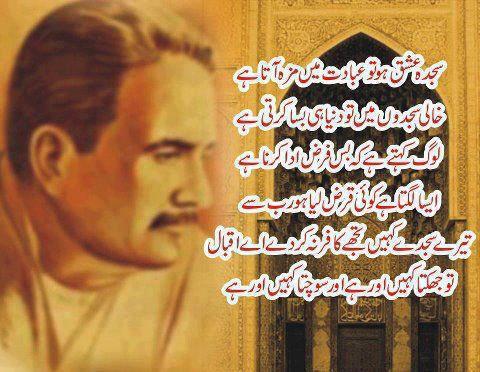 As 9 November arrive every one search Speech on topic of Allama Iqbal Day in both language Urdu and English. This is the day when great philosopher, thinker, scholar and poet Allama Iqbal was born on in Sialkot. When Pakistan was come into existence his message was full of inspiration to whole nation. Every morning for children’s radio Pakistan broadcast Allama Iqbal’s prayers and message to children’s, which left an everlasting mark on their minds. He had given millions and trillions of messages to Muslim in every message he tried to led and woke up the whole nation. He had also given us a message of “khudi” so that we raise ourselves to such level and degree so that Allah asks from us what we want, what will be our destiny. He very much put emphasizes on “khudi” he always said that as a nation we should spend our lives according to this so that Pakistan become a really Islamic welfare state. And this is the major objective of Iqbal that people should be aware of their abilities.

Allama Iqbal was very much against of grouping and sects thus he always gives us the lesson of unity, unity in the whole nation, unity among the Muslims. At present Pakistan is facing very serious problems like injustice, poverty, extremism, sectarianism, intolerance and extremism. While with humanity Allama Iqbal had always considered love faith and justice. He always urges to have a justice, socio economic system and this system could only be achieved by following the thoughts and teachings of Allama Iqbal.

Moreover, Allama Iqbal summed up all the ideas that are based on teaching of Quran. Therefore, Allama Iqbal always used to say that behind every problem there is a solution if we mould our lives according to Islam. Islam is neither dogmatic nor static. It is more logical and rational and it provides guideline to entire Muslim Ummah. He urges us to use knowledge on the principles of Islam. And Muslims must be more powerful and advanced in technology and science as the same thing is mentioned in Holy book Quran that this earth is restrained for all mankind. Iqbal always said that those who are denying the creativity of earth of each and everything are the non-believers. Even truth can’t be considered as truth, without knowledge.

Today is the age of information technology but still there are so confusion and questions in mind of youth related to ideology and religion. We are divided even in the Iqbal’s ideology because we don’t have time to properly discuss and analyze him. There is a need of public discussion and public dialogue. In his messages Iqbal addressed to youth as thought youth the future of Pakistan. Iqbal wants revolution in everyone’s characters because Hazarat Muhammad (SAW) showed the character and presented his life first before sermonize the teachings of Islam. At the end it is suggested that when Pakistani nation tried to gain that courage and spirit and stick with the messages of Iqbal they never get failed and disappointed.