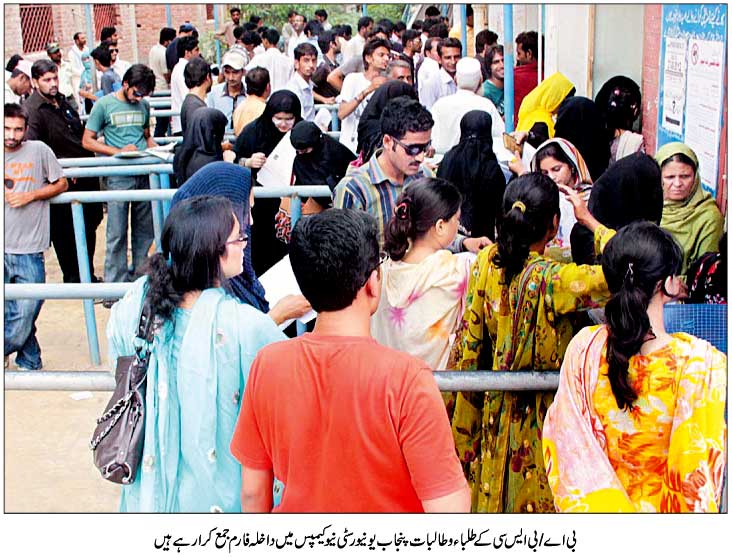 Punjab University BA/BSc Supplementary Exams Date Sheet 2013 are announced by the officials of university of Punjab Lahore. Recently Punjab University declared the result of BA/BSc and in that exam total 143,750 number of students appear to pass the graduation degree but unfortunately 57284 students get passing marks and remaining all cannot. This year in 2013 the result percentage of BA/BSc exams are just 39% and all those who cannot get passing marks in the Annual examination of BA/BSc can reappear in the supplementary exams 2013 for their second chance. There is totally three chances given to the students by the University Of Punjab to get passing marks if student could not make it in three attempts than that students will have to appear in all the subjects of BA/BSc again.

This year the passing percentage is too low so during Supplementary exams there will be a crowed of students who came for their second chance to pass graduation degree. In BA most of the students got supply in English subject so let me tell you that subject English exams will going to be taken on 8th October 2013 that is Monday by the officials of University of Punjab.

Click on the above link to download your BA/BSc date sheet and than prepare your self for the examination.