Satesh Khan a former actress and TV model in Pakistan got marriage and after marriage she has left the show biz activities. She now become a religious lady after marries. She just comes in relationship few months back but unfortunately. She did not continue this relationship and they got divorced from her husband name as Malik Noureed Awan. Some people says that he  gave divorce just because of her character but this is not a valid story. She claimed in high court during a case that her husband and his younger brother both are threaten her. She said to media that please high light this news. They want to kill me. I am asking my huq mehar from Malik Noureed Awan. 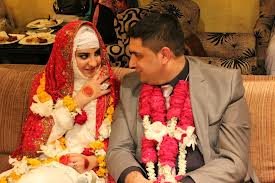 She just appeared in the high court with her lawyers and she did talk with media in the premises of the high court. We are wising her best wishes in her life. Now according to latest updates Noureed awan is agree to give her huq mehar and within period of time he will give her divorce through his legal team. In his social message he said that a legal team is working on this issue and within period of time total issue will resolve. He also sees disappoint and his two marriages are worst experience of his life. And in future he will too much worry about his future marriage life. On other side precious Pakistani actress turn to a house wife an Islamic lady is also sad about his previous life. She also said that in return of sacrifices Noureed reply in negative way. Its really difficult to say something because it’s their personal life so here we not give any compliment about their life but these whole things are not good for both of them life.