After a lot of discussions, the Government has planned the Pakistan Hajj Policy 2019 by careful thoughts. Without any minor doubt, Hajj is made mandatory on Muslims whose means and wealth allow him/her to perform this Holy Obligation at least one time in entire life. It is not accepted in front of Allah if the intention of the pilgrim is not pure. This obligatory action was made compulsory on the back 9 A.H and it is performed in the Islamic month of “Dhu al-Hijjah”. Every year the unlimited number of Muslims in every country aims to perform this duty, for this every country announce some roles and regulation that are important to follow. Similar to other countries, the government of Pakistan has also stated the policy of Hajj in past and now newly in 2019 govt must declare it that also add details of packages.

This action has done under the supervision of Ministry of Religious Affair, Pakistan that gives Haj Schemes and Policies for this precious duty.

Along with this, they call to submit Application Form in Pakistan, that is important to submit in between the start and end dates. Hajj is performed on the Holy places of Mecca and around Mecca. There, the pilgrim has to complete all the procedures and duties. And repeats those words in accounts of the Prophet’s Hajj such as do Tawaaf around the Ka’bah for seven times and Al-Saa’ee i.e. do walk in between the……

Throwing stones at the Jamaraat at Mina and there are many other necessary obligations which the pilgrim has to perform. 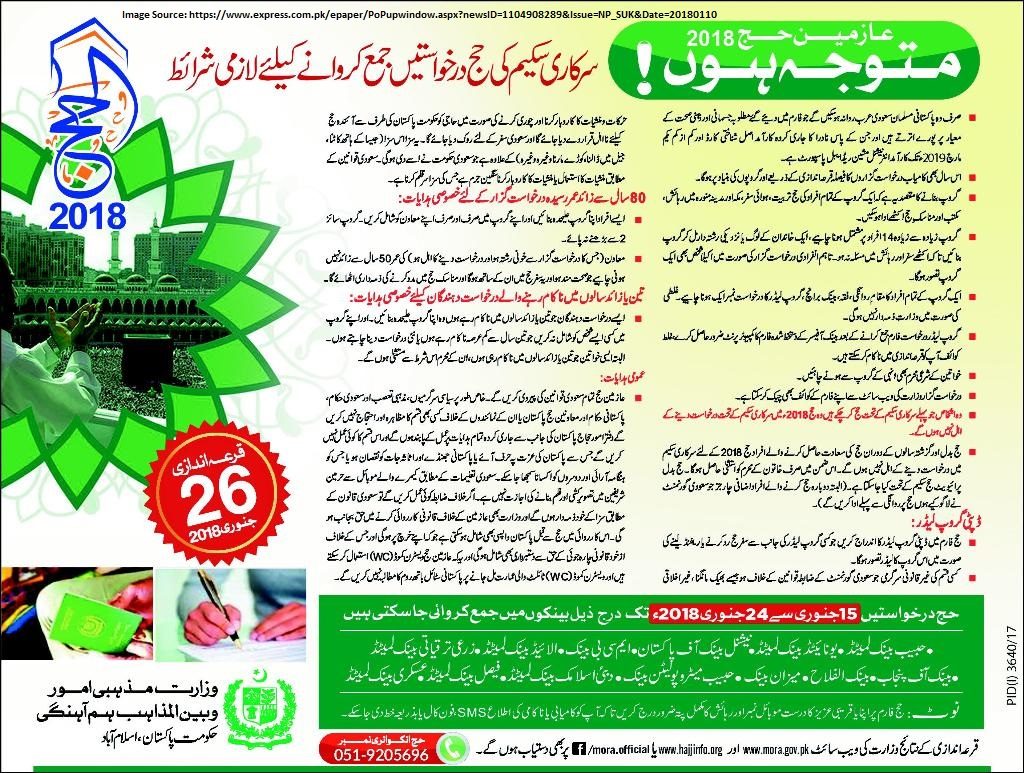 Note: A additional amount of 13000 will charge for Qurbani purpose.

All the Applicants have to submit the details of their health as well too according to the government scheme. Because this status and some other special information will be forwarded to Saudi Arabia to make all the arrangements for their medical care during performing Hajj. Along this read the new policy in 2019 that made public by Pakistan Govt  Government along with the packages that cover all expense details. Be ready if you lie among the list of lucky Pilgrims,  it is a kind of worship that comes in the ultimate form. It demands the greatest of all the sacrifices from the believers of Islam. Pray for all Muslim because their situation is not good right now in World.