How To Remove Blackheads From Nose 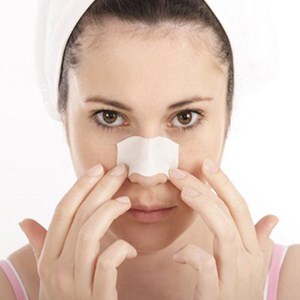 The most important tip for removing the blackheads from nose is that woman should use green tea. In order to apply this tip, woman should brew the cup of green tea and then save the used teabag. Afterwards, woman should cut it and then massage the tea into her nose. In this way, tea which is rich in different antioxidants will greatly exfoliate the human skin.

The second important tip for removing the blackheads is the use of tea tree oil. Woman should dab tea tree oil into the blackheads on her nose. According to research that tea tree oil will greatly reduce the swelling and inflammation along wide fewer side effects like itching and dryness.

Another important tip for reducing the blackheads on nose is the tomato lemon mask. In order to make this mask, woman should add a teaspoon of lemon juice and oatmeal for making the mask. Afterwards, she should smooth the mask over her clean face and should give special attention to her nose. Leave the mask on the face for at least 20 minutes and then rinse with the warm water.