A essay on Energy Crisis in Pakistan Causes and Consequences must helps one to understand this major issue of Pakistan. Pakistan is a developing country. Now a day’s Energy crisis in Pakistan is a burning issue. Energy crisis is a great hurdle in supply of energy in Pakistan. Every country in the world is moving towards enlightenment but Pakistan is moving towards darkness. People of Pakistan even each person depends on energy. But it is not possible to provide electricity for people twenty-four hours in a day. Because energy crisis on its peak level in Pakistan. It is impossible for students to get together for our studies and works. People are suffering from load shedding. There is no electricity in Pakistan. Energy is a key of our industrial growth and economy of Pakistan. Factories and power looms and business are being closed down. People of Pakistan are crying and do not have any idea what to do. There are many big industries had to contribute in small towns about energy crisis but our government has failed to solve these problems.

Energy crisis is the result of increasing populations, lake of resources, high demand of power and no planning in past. The major cause of short fall of energy is theft of energy in Pakistan. Pakistan is bearing not only domestic level energy theft but also commercial and industrials consumers are doing energy theft. On the other hand raising the fuel prices is the big cause of generating electricity. Natural gas and oil are two major component of production or electricity. So shortage of natural gas there is not more than added recourse for production of electricity. 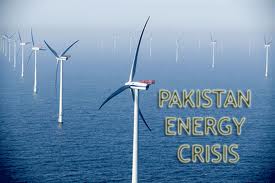 Our governments are trying to finding other resources to overcome the energy crisis. Coal is also available in our country but the lake of technology and expertise does not used in favors of our country. Every leader is blame to each other for energy crisis and could not found proper Solution and implement in emergency basis. One of the major worries for Pakistan inflicts with leaders and they do not think about human goals and Pakistan’s goals except their own goals. Pakistan suffered that such leaders in past and may be in future.

However, possible solution for all these problems that causes of energy crisis in Pakistan. Pakistan’s government takes quick serious action and builds dams for future. They have been used renewable recourses of energy like hydro, nuclear, solar energy, geothermal, biogases and wind energy. Another solution of the energy crisis in Pakistan must be implemented in emergency basis the people of the Pakistan should play their role in saving the energy and reducing the consumption of energy. Government of Pakistan should adopted modern technology and increase the level of production related to energy.