Pakistan faces a crisis in its development. On the basis of present and past experience, its pattern of development will not provide an acceptable standard of living for the majority of its population. Pakistan economy is unsustainable. Amongthe symptoms: the 2.8 percent annual growth in its population means that a further 110 million Pakistanis may join the existing 160 million by the year 2020. The level of human development, as measured by access to education, basic health and family planning services, safe water and sanitation continues to be one of the lowest in Asia. With almost 6 million people unemployed, this number is expected steadily to increase by 500,000 people each year. Environmental deterioration is steadily undermining the livelihood of millions of people. The public sector development budget is under unprecedented pressure, while domestic and foreign investment has stagnated. There is widespread disillusionment with the institutions of the government, which have failed to serve the people. 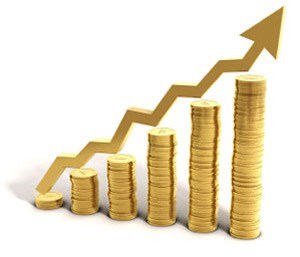 Today, the GDP of Pakistan grew by 4.5 percent as against 3.2 percent in 2010-2012. This was largely due to bumper rice, wheat and cotton crops and the increase in the output of agriculture related industries such as textiles.

Apart from the production of textiles and cement increased by 8.5 percent and 4.5 percent respectively but still the Pakistan economy is fragile. Because of fragile economy, large scale manufacturing registered the zero growth.

The concept of poverty line is very important to understand the Pakistani fragile economy. Today, the total number of people below the poverty line increased by 146 percent from 17.8 million to 43.9 million.

After discussing the above mentioned financial terms, we come to the conclusion that today Pakistan faces the undesirable and fragile economy.