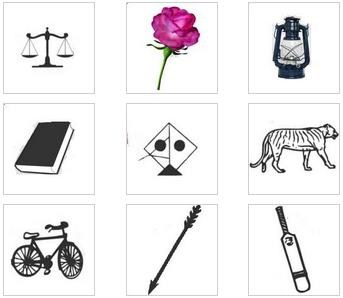 Moreover, during the hearing the ECM Punjab named as Riaz Kayani made it very clear that this impression or concept was completely wrong that PPPP was being undermined. Moreover, he also contended that Jehangir Badar was the claimant of PPP on one side and on the other side there are other people who had claim on the party. Naheed Khan said that they had already submitted papers for the registration of Pakistan People’s Party as a PPP lawyer. The reason is that recently Lahore High Court has announced that PPP is not the political party but an association. She also said that this act or announcement had deeply hurt the PPP party workers. Moreover, Samsam Bokhari of PPP said that Pakistan People’s Party has contested two major elections and emerged as the largest political party in 2008. So it’s the right of PPP to get arrow as the election symbol.

On the whole after discussing that PTI bat, PML-Q bicycle and PML-N tiger get as election symbol it is easy to conclude that these three major political parties get their election symbols. Let’s see whether Pakistan People’s Party will receive arrow as election symbol or not. In the final conclusion we can say that this year of general elections holds great importance and significance for deciding the future of Pakistan. Without any doubt, we can say that it’s the tough completion between few major political parties such as PTI of Imran Khan, Pakistan People’s Party and PML-N. Lastly, we would like to mention that general elections of Pakistan will be held on this May. Let’s see which party will win this general election and make their federal government for the next five years.