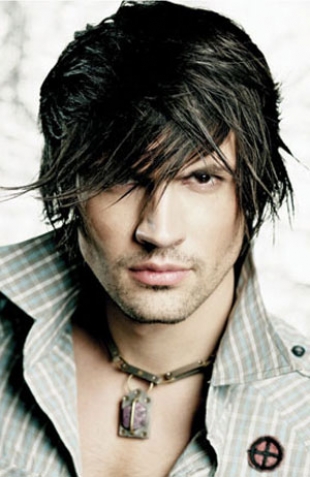 This is no surprise that hairstyles are one of the major components of an individual’s personality. Especially when it comes to the men; who unfortunately do not carry as many personality traits and influencing components as compared to women, so this is not a good option to make a compromise on The Significance Of Hairstyle In Men’s Personality. This is no false statement that a poor hairstyle can destroy the entire personality and the image of the man no matter how well he has presented other traits and same is the case that there is no doubt that a dull personality holder can improve his appearance by an attractive and complimenting hairstyle which will ultimately improve his image. There are several hairstyles in fact it will not be wrong to state that there are infinite hairstyles ranging to all the age groups.

But majority of the people are followers instead of initiator. This is because people want to follow their celebrities and style icons because to initiate a style needs hell of guts which are not possessed by every individual.

The Significance Of Hairstyle In Men’s Personality

It is a fact that deciding what men want in his haircut is one thing and what actually he gets after visiting the hairstylist is a whole different thing at all. So it is very important that one should be able to convey his desire and wants to the respective hairdresser in such a convenient manner which ultimately helps him achieve what he wanted, and restricts the possibility of being ruined by getting totally different outcome in response to his requirements.    When an individual has decided for a haircut and is visiting the hairstylist several things step by step should be taken under consideration.

Starting from the first is the research. Don’t ever whole sole depend on the hairdresser and gives him the freedom of testing you and experimenting you for your style. But the best solution is to make a research on your own and fetch out the best out of the best and make sure that you have a physical state of that design. The best option is to carry a picture or cut over’s from the respective magazines so that it can give the hairdresser and the stylist a better and comprehensive view of your desired style and he should go according to that specific pattern and model.

This is because hairdressers are human beings and only common man like we all so they can’t judge your perception and desires from your mind. So be specific for what you want. Don’t let the hairdresser play through your hair for his experiments. Stand  firm by your opinion and taste and stop him where ever you find him going wrong, this is because you are paying heavy for The Significance Of Hairstyle In Men’s Personality and don’t wait for the end to see what you have actually obtained. Try to give your best shot to obtain what you desire for.