Punjab University (PU) to declare BA/BSc Annual Exam Result 2015 on start of August 2015 According to official news comes from PU on 3rd of August 2015. Punjab University has announced to declare B.A./B.Sc Annual Examination result on August 11 in the second week of current month as University observed the Result Scandal in announcing it on 1st August so Punjab University decided to declare it later in the same month. According to a PU press release issued here on Friday(3rd August) that a prize distribution ceremony will be held in the honor of the position holders at Faisal Auditorium New Campus on day of result at 11:00am. The Minister of Education Punjab Mujtaba Shujaur Rehman will be the Chief Guest of Prize Distribution Ceremony. According to statistics of PU BA and BSc exams, about 143,750 candidates have appeared in the BA exam 2015 and now they are waiting for Result consciously.

Punjab University Management take serious Action who seems to be involved in recently mismanagement of Passed/fail cases of students. Computer Operator, Asst. Controller of examination was involved in it but now all actions are regulate against such embarrassment and students does not have to suffer further on 11 August which is confirmed date of declaration of BA and BSc Exams Result. Thank you For Visiting here. If you don’t want to face any Technical issues on result day than keep in touch with this special created page  for PU BA/BSc Result 2015 that will be Published here according to below given Schedule. 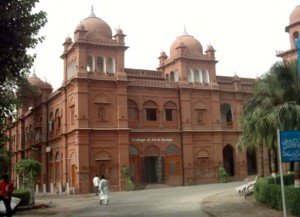 How To Get PU BA,BSc Exams Result Gazette 2015 is also given there..

The Result news buzzer also confirmed that The PU has started advance booking of gazettes and 100 copies will be sold on ‘first come first serve’ basis for Rs 3,500/Pakistani Rupees for each copy on instant basis. An amount of Rs 3500/- should be submitted in the HBL New Campus Branch Punjab University Lahore in favour of Treasurer and submit the original receipt to the office of Assistant Controller Examinations (Forms Section) of PU BA/BSc and can obtain a token. The copies will be handed over to the Applicants from the office of Assistant Controller Examinations (Forms Section) at 6:00 am on the day of result declaration. The gazette will not be provided on cash payment.