The relationship between Pakistan and its neighboring country India always have been traditionally unpredictable and unstable. From the last 65 years, Pakistan and India were not able to solve their conflicts and differences and also were unable to have a good neighborhood relationship which affects the economic relations and oppressive trade. To resolve these conflicts numerous attempts were made to have a worthwhile and peaceful relationship. It is argued that trade should be used as an instrument for maintaining and achieving peace between the two states. As trade plays a positive and soft role in resolving the conflicts between Pakistan and India.

In South Asia, the two large economies Pakistan and India, share a common history, culture and most of all border. Despite the benefits of nearness, these two neighbors very often use to trade with each other. It is observed that during the last few years India’s trade with Pakistan is less than a half percent of India’s total trade while trade with India was accounted 5.4 percent of Pakistan’s total trade. During the last few years, Pakistan has granted India with the Most Favored Nation (MFN) whereas India has already granted to Pakistan with the Most Favored Nation Status.

At present, Pakistan can trade with most of the biggest countries of the world by ignoring all the serious issues but while trading with India, Pakistan can trade just 200 items. Fortunately, India is the most trading partner for Pakistan, despite serious circumstances like wars, terroristic attacks, and many other serious issues. Currently, India is the eleventh trading partner of Pakistan while in terms of importing India is at the seventh number for imports of Pakistan. 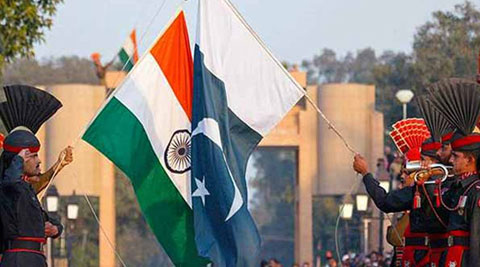 Pakistan mostly exported “Food and related” category products than the manufactured goods, raw materials, and immediate products while India exporters mostly “agricultural and allied products”. Electronics, motorcycles and Indian-made cars are much cheaper than the Pakistani counterpart in the same ways pharmaceutical sector of India is much cheaper than Pakistan. However, like India, Pakistan is importing tire-related products and chemicals. Through trading growers of India enjoy cheap fertilizers, seed, and power.

In the same ways, Pakistani markets are loaded with Indian products due to cheap cost. Thus both countries India and Pakistan’s import may be influenced by a single product, typically by food items. It is apparent that under the restrictive and limited conditions, both Pakistan and India plays an important role in the system.