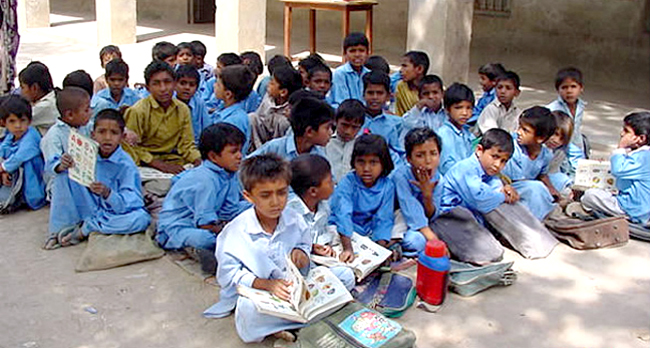 Being in the list of average developing countries, Pakistan is still striving to make their economy stable. For this, Pakistan Literacy rate 2022 for female and male is vital in every sector. To increase and improve the present literacy rate, every govt tried to make improvement in the education sector from the very lower level. Because the base of any student can made them literate and ultimately make them useful in the success of the country. In this country, if we consider the literacy rate according to the cities than Islamabad has the highest literacy rate which is almost about 87%. While, the lowest one is in the Kohlu district which is only twenty percent.

If we look up to the various age groups we will find that the people of Pakistan which are ranging amongst the age limit of 54-65 has the literacy rate of 35% which is not that much attractive because these people are not that much modernized.

Further, after analyzing the age group of 26-36%, the literacy rate has been improved as it is almost 55% which is quiet acceptable as every second person of this particular age is literate in Pakistan. The other age group which is being highlighted is the people of age between 15 to till 24 years the literacy rate is high as almost 65%.

So according to upper stats, it is very much obvious that as the age group is being decreased which means that as we move in to the youth of the country; we will find that the literacy rate is increasing dramatically which is a very good sigh as the youth of today are the leaders of tomorrow so the future of Pakistan seems very much bright than the present as their literacy rate is on a increase.

Perhaps, now ladies from urban areas are more educated. If, this trend will come to the rural side then surely they will compete in any sector. Moreover, the female literacy rate is about:

When we move in to the tribal areas of the country the ratios are quite different. The literacy rate for women in tribal areas is just as low as 15% which is due to the conservative thinking of the tribal people of Pakistan which are against the modern education and very much reserve in this matter.

By combining both rural and urban area men’s, the male Literacy rate in Pakistan 2022 is bit satisfactory. If they will attract more towards it, then things will change in coming years. In addition, the male literacy rate is:

We can conclude out one factor that besides introducing universal standard education, govt should give their whole attention at their own ways and methods. We are sure that if they would implement some ideas and plans for reducing the literacy rate then this there can be no such country that can stop Pakistan from making progress in education world.

With all these facts, Pakistan Literacy rate 2022 is being increasing which is mainly due to the increased expenditure and budget allocation to the education department by the local as well as the federal government of Pakistan. Now, million of people are capable of speaking and understanding English language which  which makes Pakistan as the fine English speaking nation of the world.  Because of this, now Pakistani locals are settling in all around the globe.