BlackBerry is one of the renowned mobile phone which is highly appreciated in the elite class as an executive phone. The respective model BlackBerry Curve 9380 is RIM’s first ever-released curve with the property of touch screen. The articles belonging to the curve articles are mostly the manifestation of RIM’s approach for a budget phone package. Basically the BlackBerry Curve 9380 is the downgrading and relegation of Torch 9860. The difference lies in the capability of the processor and the low-res display. This is the very first middle range smart phone developed by Research in Motion (RIM). It is the first article which is featuring the complete touch screen without a physical keyboard. 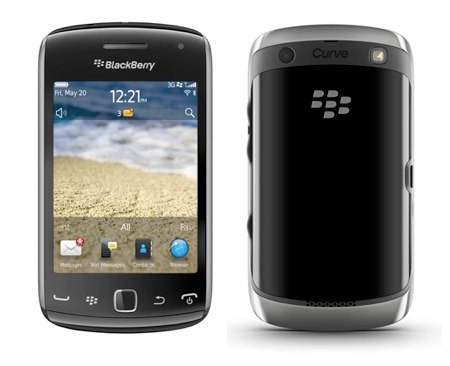 Let us mark a BlackBerry Curve 9380 Review on this latest release having numerous attractive and appealing features and several drawbacks too. The key features include the 3.2 inches 16M color, having a thin film transistor touchscreen of half-side video Graphics array having (360 x 480 pixels).  The processor is one of the crucial features which are also the competitive point in BlackBerry Curve 9380. The respective processor is single-core 800 MHz processor. The vast memory option is also granted in this smart phone as it contains 150 MB of the inbuilt storage, 2GB Micro SD card pre-bundled and also a hot-swappable Micro SD card slot which has a huge excessive range of up to 16 GB also having the internal RAM of 512 MB. When it comes to internet facilities and internet use age it is very difficult to give BlackBerry a hard time. The smart phone is having Wi-Fi connectivity, GPS receiver and BlackBerry maps preloaded in the phone.  As it is for the first time that RIM has launched a touchscreen keyboard too so there are only four physical buttons at the display. The mobile phone carries a 5 mega pixel fixed-focused camera with a LED flash too.
There are several disadvantages also which are carried by the smart phone. The biggest drawback is that without the BlackBerry internet Service account no one can get the entertainment form any of the phone features.Another disadvantage which is not the symbol of RIM is that there is no physical QWERTY keyboard which is a potential deal breaker for black berry. The web browser in the smart phone does not support flash which makes many of the common video web sites useless. Example: YouTube. The mobile phone does not carry videoconferencing as well as there is no front camera on the phone. The basic function for a mobile phone used to be calling and receiving, this core function is taken for granted as the smart phone possesses poor audio quality and unsatisfactory loudspeaker performance.
All the drawbacks which are described are typical BlackBerry. So the BlackBerry users are very much using to of it so these drawbacks will not cause a great harm to the goodwill and image of blackberry. So in concluding the BlackBerry Curve 9380 Review offers the latest BlackBerry experience on a cheaper price and without losing much of its appeal