Prime Minister Nawaz Sharif has now approved Gilgit-Baltistan election and they will schedule on June 8 2015. From the sources, it came to know that Prime Minister Nawaz Sharif has now make an approval of the summary of the Ministry of Kashmir Affairs and Gilgit-Baltistan that they can now hold the elections to the GB Legislative Assembly right now. In this post, we will be telling you about an overview of these elections of GB as well Gilgit Baltistan election 2015 results winner candidates of PTI PMLN PPP with parties that contest in this political practice that will be taking place on 8th June 2015. Make sure that you vote for the right party and give the correct vote. This time your vote should not be wasted now. Read the below details about these elections that will be taking place on 8th June 2015.

Details Of This Election:

For the information, the summary for polling that will be taking place on June 8 has been sent by Gilgit-Baltistan Federal Minister and also by Governor Birjees Tahir. You must have known that these will be the second elections when the Gilgit-Baltistan has been given the provincial status. The first elections for the provincial legislative assembly were taken place in November 2009 and then the caretaker government was set up on December 12, 2014. Now, they will be holding of elections. Election Commission has also issued the notification about the election schedule and it will also be announced by the GB chief election commissioner.

Gilgit Baltistan election 2015 results winner candidates of every party is announce as result are going to come.. 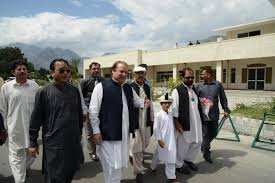 So, this was all about the Gilgit-Baltistan election 2015. If you want to have more details and updates about these elections 2015 that will taking place sooner in this province then make sure that you do stay tuned with us. We will be updating you that which party won in these GB elections 2015. It is time to commence the fair elections and let us all see that whether this time fair elections will be commenced or not.