Now tickets distribution committee of PTI announced the PTI candidates list 2013 for Balochistan and KPK. PTI chairman Imran Khan led this committee after protest of their workers who are not satisfied about expected candidates. Committee members discuss every aspect of candidates and the person who is superior in constitutes get ticket. This time Couple of new faces also gets party ticket because officials of PTI always said that youngsters and new faces change this country. Through hard working and commitment they play an important role in the progress of Pakistan. In KPK position of PTI is quite strong, pathans love Imran khan. His fame increased after assurance that he will complete against militant operation. KPK peoples though that Imran khan is the only person who minimize drone attacks and well manage the other conditions. He also done seat adjustment with Jamate-Islami in this province and it will effective for both parties. So hopefully he gets seats from this province. Imran khan also participates from NA 1 Peshawar-I and at this seat he face one strong candidate of ANP. So it will accept that very close results will announce from various seats. 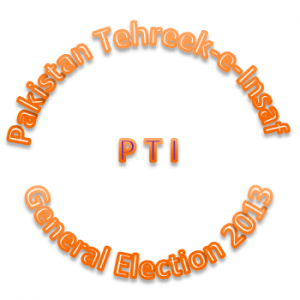 PTI candidates list 2013 for Balochistan & KPK is given there..

On the other side PTI also make a strong party structure in Balochistan. Their intra party elections play an important role in their strength. On couple of seats they also done seat adjustment, this will also be useful for their party. In this province they also give tickets with a lot of consciences. In this province their majority of tickets holders are new face. In this election they try to groom their new looking candidates and their major task is to give tough time to opposite candidates.

In this election people build a lot of hopes from this party. Majority of Pakistani peoples are dis heart from previous government because they get various chances. So PTI announce that they show changes in couple of months. So it will accept that few changes are occur in Pakistani politics so must cast their vote and participate in this election.