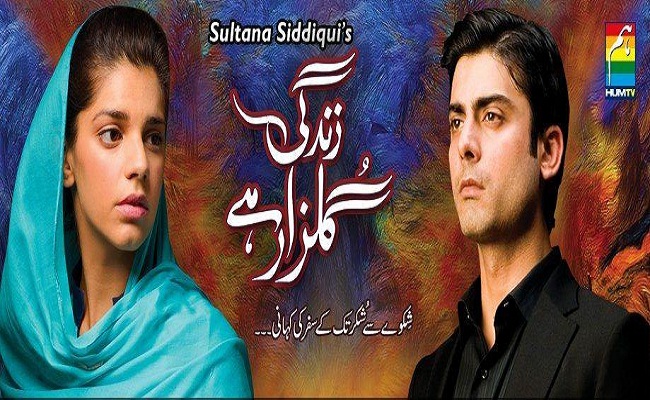 In the last episode, we would like to mention that the episode includes light touch of success, happiness and jealousy. You want to review the 10th episode then read out this post. Firstly, we will discuss the starting part of episode. In this beginning, Zaroon i-e Fawad Afzal Khan has been pressurized to get engaged with Asmara i-e Mahreen Raheel. On the other hand, Asmara thinks that she won the trophy husband and flaunted her beautiful engagement ring in her group. But if we talk about Zaroon point of view so he still confuses that which type of wife he wants. But he don’t want a wife like his sister and mother. If we talk about Asmara nature then she is exactly like Zaroon sister and mother. In the middle of episode, Asmara suggest Zaroon that he should married with Kashaf. Now we would like to mention the second phase of the episode in which Kashaf scored maximum marks in the examination and she beats Zaroon. In this way, Zaroon feels jealous that why he scored less marks. On the other hand, Kashaf feels proud on her success. Afterwards, Kashaf younger sister got admission into the engineering university. Another important thing we would like to mention that Kashaf got lectureship offer from her university and this is considered to be biggest news for her future life. Then she decides that she should accept this offer.

In the final conclusion, we can say that overall this 10th episode is the combination of success, happiness and joy. Let’s see what will happen in the next episode? There are many question that will comes in our minds that whether Asmara and Zaroon will get married? Whether Zaroon will find his ideal wife according to his thinking? Let’s see what will happen but we are completely sure that every episode will turn into the new way.