Samsung has one more time arrived in the technology market with the band. Samsung offers Galaxy Grand Smartphone for its lovers. Well this has been not the first time that Samsung has arrived with any such mobile for their fans. This brand has been one of the top leading and a successful brand in the technology market that has not just gain big name in Pakistan but has even achieved huge status in international market as well. This brand has been known for its stylish and fresh looking designed mobiles that has always took away the hearts of the people and this time they have one more time decided to make the people crazier with the Galaxy Grand Smartphone. This phone has been much resembling with Galaxy Note II that was also one of the successful initiations by Samsung. In this article we will be having a detail conversation on the main features and specifications of Samsung Galaxy Grand Smartphone. 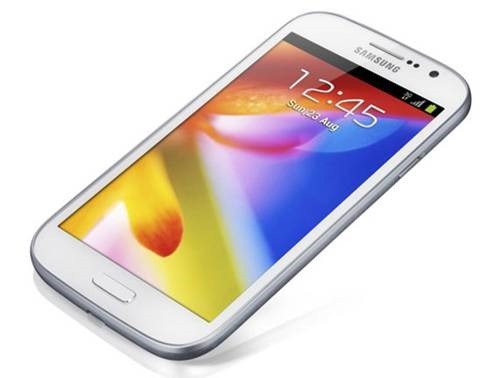 Galaxy Grand Smartphone has been switched with one SIM.

This mobile has been weighted with the actual existing weight of 162 grams.

It offers touch screen pad that has been measured to be around 5 inches and serve the resolution of 400/800 WVGA.

The memory of Samsung Galaxy Grand Smartphone has the capacity of loading 1GB memory within RAM and even offers 8GB memory storage in the internal memory.

The camera of the mobile has been covered with flash facility that has been offering 8 megapixels along with the coverage of video as well.

The battery capacity of the Galaxy Smartphone can continue till 2,100 hours.

In view of the connections it serves the customers with WiFi, Bluetooth and USB.

When we talk about additional features then it has been covered with the music system, JAVA and radio as well.

Well this was all for the Samsung Galaxy Grand Smartphone. We hope that all those people who have been most curiously waiting for this mobile they will instantly rush to the market after reading this article. We are sure that just like all other mobile model this time as well this Samsung model will even become the heartbeat of millions of people. And let just assure you one thing that it will force you to stop blinking your eyes.