He is one of the most talented Pakistani cricketer we used to have! He has been known as one of the greatest and by far the best bowlers of all times. Here, we try to investigate the exclusive details about life history of Wasim Akram his new wife daughter family background that cover his overall biography.

He has been given the title to be called as the best bowler of all times. He is a left arm fast bowler. For the information, he represented the Pakistani Cricket Team in many of the ODI matches and also at the Test cricket to. No one can match with the speed of his bowling. It was three years ago when he had been acknowledged and put in the Test World XI in order to mark the very 150th Anniversary of that Wisden Cricketer Almanack.

Bowling Stats: He has this record of taking maximum wickets, he managed to take 881 wickets and his name has been included in the List A cricket for taking maximum wickets in the cricket history. He has this special quality of doing reverse kind of swing bowling and this action of him made him the founder to introduce this sort of bowling action. It was in the ODI cricket history when he managed to make the 500 wicket mark and became the very first bowler to do that in the world cup history. Right now, he is the bowling coach of IPL team Kolkata Knight Riders. 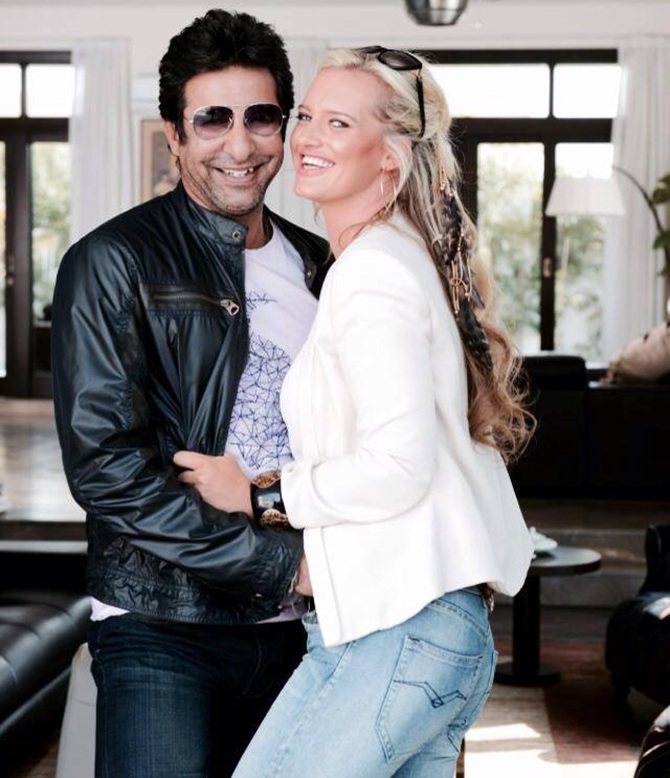 First he got married with Huma Mufti, but she was died. Then three years ago, he got engaged with Shaniera Thompson, she is from Australia. They had their first meet up in the city of Melbourne. Then they decided to get married and tied a knot. As we know that Wasim Akram has two sons from his first wife. From second wife, they too have a beautiful and cutest looking daughter.

Aiyla Akram is the third child of him. She was born in Melbourne. He celebrated her first birthday in a very creative way with about 400 odd orphans. This birthday celebration took place at the Karachi in a local Cricket academy. This is a short biography of Wasim Akram that covers his life history as well family background. He is now happy with new wife. Because in short period of time they understand each other that is a secret behind their pretty life.