On 22 August ECP announced By-election result 2013. This is another most important day in Pakistan Politics because election commission of Pakistan announced 22 August 2013 as date for these by election 2013. These elections are held for those consistencies that are free from those candidates who win two seats in general election 2013. According to roles it’s necessary that one person take only one seat in case of winning more than one consistency. After result of general election ECP responsible to conduct election from these free consistency and maximum time they take only two months for handling whole circumstances.

According to official announcement these election are held on 16 Seats for National Assembly, 14 for Punjab Assembly, 3 for Sindh Assembly, 4 in KPK Assembly and 3 seats are vacant in Sindh Assembly. Another important thing is that on same day this election will held, so it’s big task for ECP to handle whole circumstances. This election is too much important because this election will take when a government will establish. So a lot of questions are arising according to its clearness and how you will make it possible to avoid corruption in presence of any government. Although present government makes sure that they minimize the govt influence. According to official announcement of ECP that now preparation are enter in final stage regards to By-election and they look forward for the 22 August 2013. 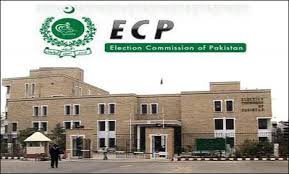 22 August ECP announced By-election result 2013 is given there..

During this BY election every political part can participate. But the original competition will accept between PMLN and PTI while from couple of constituency PPP is also in ground to give tough time.  It will too much early to say something before the official result but ground reality shows that majority of By-election result 2013 will go in the favor of PMLN on 22 August and ECP also make sure to announce this result on given date.