Water is the essential element of the earth and everyone on the earth is dependent of water and food. Experts found that without water one can live for just 7 days. Just a few decades ago Pakistan was in the list of richest countries of the world but recently World Bank survey was conducted and they reported that Pakistan is at the number 17 in the list of those countries who are facing water scarcity which involves water crisis, water deficit, and water stress or water shortage. Thus at present Pakistan is having bad draught and water shortage issues of its history which is expected to endure for few years.

There are the several causes of water shortage in Pakistan. Water Overuse, is the biggest issue of the Pakistan and most of the people are suffering with it. It may be overused on animals, land, people, car washing and many other things. People are overusing it without taking it serious issue. Another important factor is the Low Rain Fall/ Snow Fall as those countries where rain fall is above or normal don’t face any problems of water scarcity but from the last few years Pakistan has gone into third lean period of rainfall. Less Storage Capacity is another major problem, in the available resources existing storage is reducing due to silting up. Available reservoir such as Mangla, Chashma and Tarbela dams are continuously leaving their storage capacities which are causing reduction in available water. 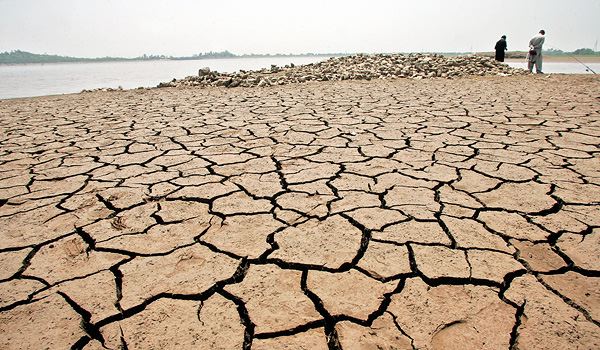 The shortage of water is causing adverse effects on the economy of the country. As shortage of water means less agricultural yields and fulfill the demands we have to rely on the other countries which results in more costs. Water shortage has strong effects on the production of important crops of Pakistan such as cotton, wheat, rice and sugar-cane. It also causes unemployment as the less agricultural output forces people of urban areas to migrate biggest cities of Pakistan as they get unemployed due to the less production in agricultural yields. Most of all it becomes the major cause of dispute among the provinces of Pakistan which may harm the integrity of nation.

Pakistan is facing with the shortage of water. So the need of hour is to focus on the two basis elements such as with water development and water management. Water management is the need of Pakistan at present. And in the development side big dams should be developed such as Kalabagh Dam, Mirani Dam and many others. Government of Pakistan should take serious steps to overcome this problem and should do actions on the already developed dams. Pakistan Government should focus on development of more dams’ and the good management strategy should be adapted to resolve this issue.