Pictures and complete detail of Azadi March PTI 14 August 2014 Imran Khan Schedule Road Map from where this rally is start and where it stay with complete detail obstacle hurdle for participants where they join rally in Lahore and Islamabad is given there. Azadi March is a long march which is planned by the Pakistan Tahreek-e- Insaaf’s to protest against rigging in general election and which is held on 14 August, 2014 in Islamabad. This march is independence march which is separate from the all family politics. Now this time continue family Politics in Pakistan and don’t the favor in Pakistan and this march is free from all the family politics. Mr. Imran Khan said in their previous for addresses which held in the different cities Tsunami March this march is anti rigging movement which the end of this march will be ending of with the Nawaz Government. In this march more than Ten Lac people are expected to participate in all over the Pakistan. This government is elected through rigging in the general election which is held in 2013 not the elected by the public of the Pakistan. Mr. Khan said in every where straightforward that asking for the verification of votes only in four constituencies but the federal government no such take any action against serious issue.

This march is the cause of this totally rigging in general election which is not conduct fairly because if this election conduct fairly the government take such action against the serious issue but government don’t do so even no more any time avail this government. This is the fault of the government because they have not any try to convince the Mr. Kahn or negotiate such types of issues or other any issues. In democracy any political parties have an authority to conduct any type of peace march. But our government is doing want to continue this march and such takes serious action against the PTI. 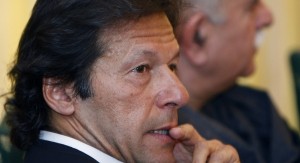 Till its chance that Imran khan is arrest on final day so officials will not reveal his schedule and road map. At last as this schedule and recent pictures of this Azadi March is reveal it will must updated here on this page.