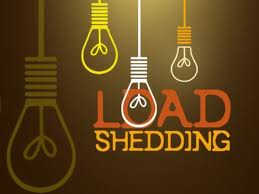 There are various problems which exist in Pakistan, among these Load shedding is the major one. In this Load Shedding in Pakistan Essay, we try to cover different aspects of this issue. In this modern world, electricity has become one of the basic requirements to survive. With the advent of industrialization and development of machinery, the use of electrical appliances has increased. Not only in industries but also in residential areas, electricity is required to run the machinery. Thus, it plays an important role in the economic growth of a country. All the hospitals, factories, cinemas, educational institutions, offices and even the farms are directly depending on electricity in their working.

While all the western countries are heading towards enlightenment, Pakistan is moving back to darkness as it is facing the severe energy crises at the present time. The country that is being tossed in the hands of corrupt and power-hungry political leaders is facing the worst challenges, the majority of which is load shedding.

People are pleading in front of the government to provide them with at least the basic necessity of electricity but it appears that government has its own games of policies to play and let the other parties down, which is more important to them that this basic requirement of the citizens. It seems that they do not have any clue to solve this problem.

One of the main reasons for the arrival of the load shedding has been the shortage of the dams and canals in Pakistan. In addition to it, many people doesn’t focus on paying the bill of electricity and even slow down their meters.  When the country itself in not independent with this division than how can the country would make out the success building in electricity.

This year and even previous year as well Government of Pakistan introduced the plan in companies and offices for the utilization of the electricity so that the whole country would get equal electricity. But somehow the business world has increased so tremendously in the market that now even double amount of energy has been served to the business market world. Therefore the load shedding is merely witnessed.

Load Shedding in Pakistan Essay is discussed here with Outlines.

Keeping in view the complexity of electricity storage, immediate measure should be taken to resolve this issue which include setting up of more dames, closing of offices, markets and marriage hall etc before 8pm, promoting the use of solar energy, electricity theft should be discourage with strict action. If government cannot handle it in depend, it should think of having contrasts with foreign investors. This is short but all aspect of electricity load shedding in Pakistan essay is cover in it.