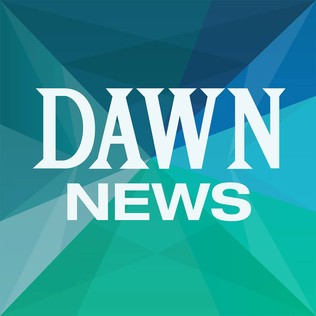 In the present times, the numbers of Pakistani news channels are increasing day by day. As per top ten 10 list, their is Pakistani news channels rating 2022 and they get these position on bases of their programs. Each of these is running to get the highest rating. The right way to get it is to show right and justified news. A very few of the news channels show fake and substandard news, these kinds of news though increase their rating but that particular news channel lose its worth and respect in the end. Politics in Pakistan is the major discussing topic at all of these programs, but the need of current time is that they contribute for the progress of this country by highlighting other major issues include health, social and economical.

The position of Pakistani News Channels Rating 2022 will change at any moment, so the top ten will effect every month and even on bases of every week.

On the number TEN Position, we have this TV Channel. During this year they build a lot of hopes for new Programs. Although this is getting quite popular these days this was not full fill their expectations. Anyhow it is due to a couple of Talk Shows that this l is getting maximum rating.

It is getting the highest rating these days because of Arif Nizami program. Its current affair shows are mostly seen by us, importantly its Un-Hide number of big secrets.

From last few year, this channel had been trying to be among the 5 top news channels but fail to get anyone positions among them. This platform works for a long time but because of frequent change in staff, they failed to go up on this list.

This platform delivers us the news of Lahore city on bases of second by second. Be it any side of this city, they highlight even small and minor issues. Now they all work on other cities that must improve their rating.

This tv platform come up with best current affairs analysis, its live talk shows, and political analysis is really liked by us.

A major role in current place of this channel is Kal Tak Program. One can say that this is their backbone. Apart from this few crime investigation program also plays a role in their popularity.

The number of programs contributes to making this news channel to be at Fourth spot. For a long time, they have a list of the analyst who works on this platform. With coming of Kamran Khan one can observe a major improvement in his ranking.

A team of loyal analysts and news anchors are making this news channel to reach the number TWO. The main reason behind their popularity is three free and fair news reporting.

If one goes in last year then this channel is at top of this list. But because of some controversies, their ranking is going down. Now again they come back and rapidly going up.

Numbers of shows are getting quite hit these days. They are getting more rating as compared to the other news channels. This is only one that cash the bad time period of Geo, they get this top position in Pakistani news channels rating in 2022 but now the major thing is that that is they stable their position in top ten lists. Their team is really intelligent so they take every step to maintain this position.

Note: Again, we cleared that this is not formal or authentic Pakistani news channels rating 2022 and the upper top ten list is only observed by writer. All of these channels are working well and has close competition. Thanks.