Independence and freedom is one of the biggest blessings of GOD and there is no one who can understand and realize its real importance and significance other than those people who are kept way from this blessing or those people who can only feel freedom in their dreams. Pakistan is one of those sanctified countries in the world who have enlisted their names in list of independent countries. Saying freedom is quiet an easy task but attaining and then sustaining is one of the most challenging and demanding task. 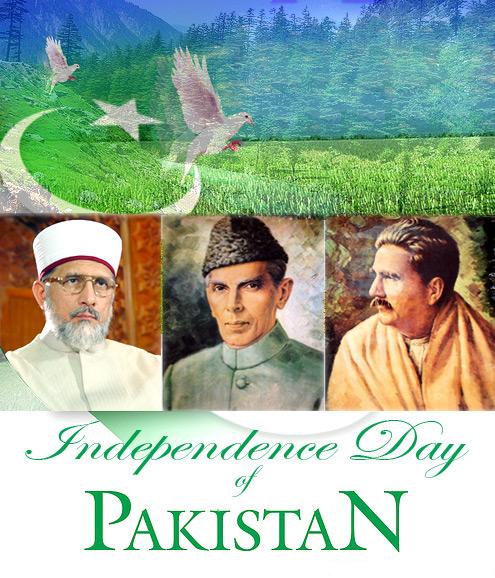 Pakistan came into the existence on the 14th August, 1947; and this was the day when history was being written. The story of freedom of Pakistan is being written with the blood of thousands of Muslims who laid their lives and sacrificed themselves, 14th August Songs their territory and even their respect and dignity in the cause of independence and on the call of Mohammad Ali Jinnah who was the sole writer of this event all the Muslims gathered united under his leadership against the cruel and unjust rule of both the Hindus and the British empire.

The independence was not an easy task but it was as threatening and bloody as one can ever expect. After the immense force exerted by the Muslims and their Quaid the Hindus and the British both got to their knees and admitted the fact that Muslims are one separate nation and that is why they need a separate homeland to practice their religious obligations freely and without any interference from anyone.

On this very day of independence the Muslims of sub-continent came the world witnessed one of the biggest and the most brutal migration in the entire history, people were killed as the Hindus ordered an open shot scenario in which anyone caught Muslim was being killed, their belongings were burnt and in even in extreme cases the ladies and females were raped by Hindu extremists. 14th August Wallpapers 2015 Photos, Pictures These were the foundations of our independence and today we are independent but still we don’t appreciate this blessing and instead of appreciating we are cursing it.

So being a nation we should understand the worth of independence and we should not waste it before it gets too late and some external forces take advantage of this condition and again take us slaves and captives and becomes our rulers. Before the independence the Muslims were having a nation but there was no separate homeland for them but now we do have a separate homeland but unfortunately now the nation has lost somewhere.