This is best place from where you can find winners list of PTI during election 2013. PTI is grooming day by day in Pakistan since the Jalsa’s held at Minar-e-Pakistan in 2011. Before 2011, Lahore is the main city of PML-N according to their candidates & voters because before 2011. No one see the PML-N candidate personal in past everyone just see that this belong to PML-N and then vote them. But after 2011, people saw the roll of each declared MNA & MPA in Lahore & with increasing the graph of PTI day by day. Punjab voters especially Lahori voters saw that there is option in 2013 election; PTI can do something as better as compared to their previous elected MNA & MPA of PML-N. When the second huge Jalsa of PTI held in Lahore in 2012 on the same place of 2011(means Minar-e-Pakistan), PTI is now seeing leading party in Pakistan. In other  We try to update the winners list of PTI during election 2013 so keep in touch with this page. 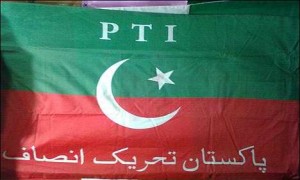 PML-N take aggressive approach againt PTI by giving Laptop, Solar Lights, Professional Training program to youth & also METRO bus service facility, no doubt, after doing these steps, PML-N had stop the youth that going to PTI, Butt Imran Khan Speeches & the general election in Party make the PTI again on top, youth motive is moving fatly towards PTI and PTI growing day by day. The main bonus point for PTI is that the youth is contributing in election campaign as well as they can, every voter is considering himself “I am a candidate of PTI” & these PTI lovers want to make PTI party as high as they can.

Now moving towards the Candidate list of PTI in election 2013, firstly we concerned on National Assembly candidates, total number of seats for MNA in Lahore are 13(starting from NA-118—-NA-130). PTI candidates for seats of National assembly in Lahore are given as..

Now moving towards NA-128, the candidate from PTI is Karamat Ali Khokhar & the candidate from PML-N is M. Afzal Khokhar. Karamat Ali khokhar is the uncle of Afzal Khokhar. Due to both candidates are belonging to same family (Khokhar Family), khokhar family vote would be divided in two candidate(two parties PML-N & PTI) during this election. This vote division is better for PTI because PTI candidate can get the vote of Khokhar family and also the Youth voters which can sacrifices their self for PTI. So this seat will also PTI seat. In NA-126, Shafqat Mehmood is the candidate of PTI in this region. Shafqat Mehmood is the main candidates of PTI in Lahore. This should also the winning seat of PTI. In NA-118, PTI candidate is Hamid Zaman, no doubt Hamid Zaman is participating first time in election, but Hamid Zaman is the senior candidate of PTI. He is doing his election campaign with a lot of youth of Lahore. This is also winning seat of PTI in Lahore. Similarly in other NA regions, PTI will give tough time to PML-N & other parties. Also in Punjab Province Assembly, PTI will take a lot of seats. In short during election 2013 winners list of PTI consist of large number of seats.