The most awaiting and important constituency of Lahore is NA 122 Results Lahore 2013. From NA 122 Lahore this year Imran Khan vs Sardar Ayaz Sadiq PMLN contest in election 2013. On one side PMLN give ticket to an active party worker who wins this seat in previous two elections. He is a famous personality of this area and this is his native area. He had done a lot of work in this constituency. He spent most of his time in party workers and tries to remove the problems. He is one person who gives maximum time to his constituency that’s why peoples like him. On other side this year again Imran Khan submits his nomination papers from this constituency. Their preliminary committee decides to give him ticket from NA 122. This year PTI especially Imran Khan contest in election 2013 as strong power. They prove their strength in previous grand jalsa in Lahore. They called youth as their major strength and this year big number of youngsters vote had registered. So these all benefits go to PTI and personally peoples like Imran Khan. So it will accept that closest result will announce from NA 122. 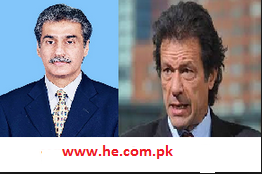 NA 122 Results Lahore 2013, Imran Khan vs Sardar Ayaz Sadiq PMLN is given there..

If one sees the previous election results then PMLN candidate Sardar Ayaz Sadiq win this seat with a huge margin. During this election his lead is one greatest in Lahore. During this election couple of political party was on boycott. But overall it was a big success for PMLN. In 2002 election Imran Khan contest from NA 122 but he get defeat against Sardar Ayaz Sadiq, this thing prove the importance of PMLN candidate. While on the other side this year total circumstance will different from previous elections. This year it will be a big tack for PMLN candidate to get this seat. From this constituency PPP candidate Barrister Amir Hasan will contest but his position will weak. At end your vote decides final result but it will be very close.

This is one constituency that expected results are very close. But according to circumstances of NA 122 Imran Khan has minor greater chance to win this seat. But it will very difficult for both candidates.