This is best place from where you can find National Assembly seat NA 129 Lahore results. During election 2013 from NA 129 Lahore Shahbaz Sharif vs Tariq Shabir are the two major candidates that contest. Among other couple of PPP strong seats in Lahore this is one constituency from where they have lot of influence. During this election they again give ticket to Tariq Shabir Advocate who is one active person in his constituency. He will a loyal person with his party as well as for his party workers. Due to this PMLN decide to stand a strong candidate against him. Few conflicts are also arises on this constituency regarding to ticket but at end committee finalize the name of Shahbaz Sharif as their candidate. Shahbaz Sharif is XCM of Punjab and he done a lot of work. The most important thing is that he is also party leader of PMLN. So for them it’s a big task to win this seat because they never wanted to lose it at any cost. But it will accept that at end close results will announce. 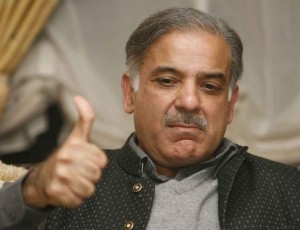 National Assembly NA 129 Lahore results, Shahbaz Sharif vs Tariq Shabir are given there..

From Na 129 PTI give ticket to Mansha Sindhu, he is not one famous person. But during this election situation will change in Lahore and PTI supporter are just wanted to vote for their party. They never take care of candidate they just want to change that their chairperson promise various times. If one sees previous results then in election 2008 PPP candidate Tariq Shabir win this seat. PMLQ get second position, this is only constituency from where PMLN candidate get third position. Due to this they are doubtful in this constituency and they special concentrate in it. Finally you votes decide the final result so must cast it.

From NA 129 it’s really difficult to say something about the final results. Because every candidate is strong if PMLN give ticket to any other person then prediction will easy. But now polling day decide final result so keep in touch with this page and find winner.