National assembly 126 is an important seat of Lahore so everyone is waiting for NA 126 Lahore results 2013. It is an urban constituency, includes the posh areas of Lahore. The main candidates in the race includes Liaqat Baloch of Jamat Islami, Shafqat Mehmood of PTI, Khawaja Ahmed Hassan of PML(N) and Zahid Bukhari of PPP. In the present scenario, the flow of wind may support PTI greatly because PTI is very popular among youth and these posh areas of Lahore support the PTI in that lieu. The new voters from youth are greatly influenced by PTI and will vote for PTI.  But Liaqat Baloch is also a strong name of Jamat Islami, who has the past record of winning the same seat. Jamat e Islami also has a great influence in student politics as well as the mid age and old age voters of them, which will definitely give them an edge.  Whereas Khawaja Ahmed Hassan is a great worker of PML(N), and while the tenure of CM Mian Shahbaz Sharif, the record development projects were completed in the area. Zahid  Bukhari is also a worker, who has the roots in public and the PPP ideological vote bank also goes in his favor. Finally your vote decide the right person who serve for you as well as for Pakistan. 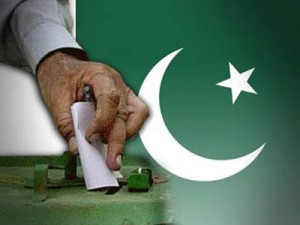 NA 126 Lahore results, Khawaja Ahmed Hassan vs Shafqat Mehmood PTI are given there….

All of these four candidates have deep roots in public and they are the true competitors in all sense. They are ready to give the tough competition to each other. That constituency is of public interest because of that tough competition. If one sees the previous election results then Umer Sohail Zia Butt of PML(N) win the seat while this year JI are on boycott. During election 2002 MMA candidate Liaqat Baloch win this seat. But this year situation will quite change and PTI enter in politic with proper strategy and with proper party structure. Another important thing is that from this constituency they give ticket to a strong party worker, who has a name in local body. So it’s a big task for every party to win NA 126 Lahore.