This is best place from where you can find NA 125 Lahore results during election 2013. During this election Khawaja Saad Rafique PMLN vs Hamid Khan PTI will face each other. From this constituency PPP also have strong candidate in the form of Naveed Chaudhry. The importance of this constituency is that every party gives tickets to their most active workers. If one sees PMLN candidate then Khawaja Saad Rafique is a person who struggle for his party from a period of time. He stands for his party and always fights for party rights at any forum. He also had gone jail when PMLN passed his worst time. On the other side Hamid Khan is also a well-known personality. He is well known lawyer who have struggle for justice. From a period of time he will become a part of PTI and now he will finalize as a candidate of PTI from NA 125. Third and last candidate from this constituency is Naveed Chaudhry from PPP. He is an old PPP worker who is sincere with his party. He never left his party in every circumstance. He is a local candidate and had influence in this constituency. So positions of thrice candidates are not quite clear. 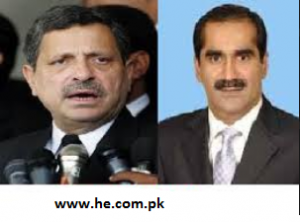 In previous election PMLN candidate Khawaja Saad Rafique win this seat with a big lead. Although couple of stake holders parties are on boycott but PMLN prove their strength. During this election PPP candidates get second position. In 2002 elections PMLQ win this seat with a low margin, this year second and third position margin will very close. So politic of this constituency is different from other ones. In NA 125 party and person combined influence on final results. So this year it will accept that close results will announce.

It’s really difficult to say something about final results. But according to our prediction result will become goes to PMLN. He is one most active person in this constituency from a period of time.